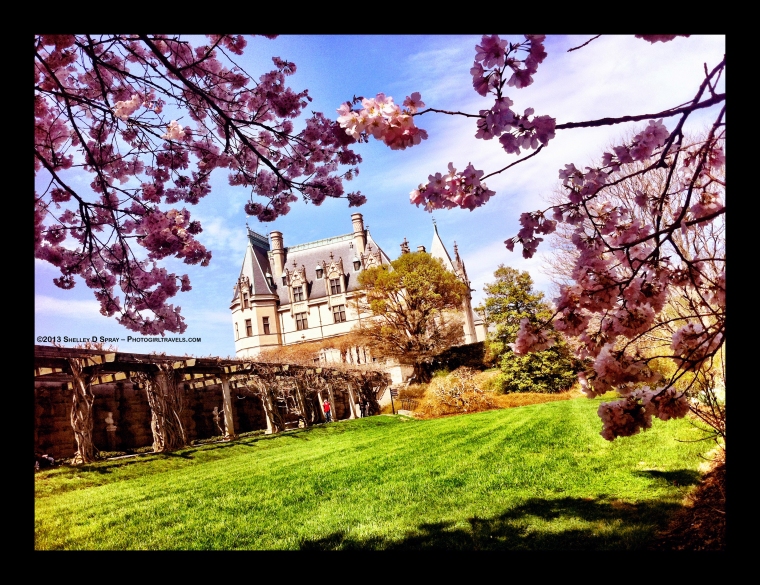 The Biltmore Estate is noted as one of the “Castles of America” and is nestled in the Blue Ridge Mountains in Asheville, North Carolina on over 8000 acres of land. Washington Vanderbilt II moved into the estate in around 1895. I’m sure people worldwide hoped for an invitation to his first ball. The rooms and views were, and still are, amazing. In the photo above you can see the apple blossoms are in full bloom. I was there the third week of March and the grounds were spectacular!

A couple of quick facts:

I’ll cover these in more detail in a following blog. Below is a map of the Biltmore Estate that also shows you the gardens – The Biltmore House Entrance is where you arrive on the bus. The star that highlights “you are here” is by the entrance when you walk over from the historical inn which I’ll tell you more about in another blog.

The next blog will cover the Historic Inn and the secluded walk over to the Estate which most people don’t know about. PS: Many of the photos I use on my site are actually from the Biltmore Estate.  The one on the left is on the balcony at the back of the estate. And of course my favorite is with one of the beautiful lions at the front entrance.

Fun thought – When I visit historical estates, I always love to learn about the people who lived there when they were built. Let’s take clothes for example. The year was approximately 1895 and what a splash Mr. Vanderbilt must have made when he threw the first ball. During that time, women donned what were called leg o’mutton sleeves which grew in size until they disappeared in 1906. (Those were the sleeves that puffed out around the bicep area.) My romantic side would love to live back then until I remember that deodorant was an urban legend until 1941. That simple fact may be why the leg o-mutton sleeves were invented…perfect to shield, or I guess contain “the odor” (and probably the reason for the increase in size over the years.) Yet I digress. Back to the estate… Click to follow and you’ll receive more information on the Biltmore Estate via email! 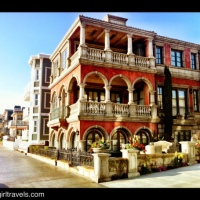