I love castles and ghost towns and Death Valley has both. I was a little surprised to learn there is a castle in Death Valley, so I’ll start by telling you about that.  It’s a little off the beaten path and you’ll truly feel like no one is around as you coast along the desert road to your destination. As you get closer you can see an oasis in the Grapevine Canyon which is located in the northern part of Death Valley. As if it’s a mirage, you’ll take a corner and find palm trees, green foliage and the tips of the castle off in the distance. Yes, nestled in that oasis is a castle that will take you back to the Roaring ’20’s and Depression ’30’s.  It was a wealthy matron’s vacation home and a “man-of-mystery’s hideout. When you visit this place you will step back in time.

As you enter through the gates (above) you’ll find yourself in a courtyard.  Throughout the grounds and home, everything is pretty much original….The furnishing, clothing, kitchen, rugs etc.  Here’s a Reader’s Digest version I took from the National Park Service Website: “Walter Scott (below) was an accomplished horseman and eventually was engaged as one of the rough-riders for the Buffalo Bill Wild West Show.

Although his engagement with the show lasted for twelve years, it was only seasonal employement. When not fully engaged with the show, Scott would return to Death Valley and pick up odd jobs. His connection with the area became so well known that eventually Death Valley Scotty became his nickname. Scott left the Wild West Show after a disagreement with Buffalo Bill in 1902 and began a new profession that brought him even more fame and riches – gold prospecting. He convinced several wealthy businessmen that he had a claim to a fabulous gold mine in Death Valley. One of the investors, Mr. Johnson gave thousands of dollars to Scotty over the next several years. Unfortunately, a number of calamities prevented delivery of the gold.

Undaunted, Mr. Johnson finally decided to take a look at the gold mine on a personal tour of Death Valley. Scotty took Mr. Johnson on a grueling trek by horseback through Death Valley. He figured a few days in the desert would be too much for the city slicker whose health had been permanently by a near-fatal train accident in his youth. Surprisingly, Johnson loved Death Valley so much that he stayed nearly a month, and his health improved dramatically in the dry, sunny climate. Although he never saw Scotty’s mine, and was most certainly being swindled, Mr. Johnson did not seem to mind. He had found riches in the desert far greater than those that glitter.  The two men began a lifelong friendship that would change the history of Death Valley forever. Albert Johnson bought property in Grapevine Canyon and eventually built what became known as Scotty’s Castle, which you can visit today.”  Here are some historical photos I found:

Here are some past posts on Death Valley in case you missed them:

Death Valley: Where to Stay: https://photogirltravels.com/2013/04/25/death-valley-where-to-stay/ 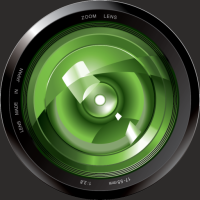